This post outlines a process to efficiently install and maintain software on Windows 10 and Ubuntu, running in WSL 2. The steps describe a consistently repeatable method to install all of the software to enable a developer to be up and running, with various tools, in short order. You’ll be able to customise the steps to your particular needs.

I strongly recommend starting with a clean Windows install. If you dread the thought of a clean install, fear no more. Once you experience the ease and speed of re-installation you might just do it for fun! It’s important to note the process is not fully scripted and requires a few manual steps. Nevertheless the automation saves a ton of time!

Following these instructions will install third-party software on your machine. Please understand what you are doing and read the site terms before proceeding!

Windows software is installed with Boxstarter Shell running powershell scripts that call Chocolatey. Initial installation is a true “one off” bootstrap step. Ongoing maintenance is achieved by updating.

On completion, there will be a Boxstarter Shell shortcut on the desktop.

My windows-dev-box-setup-scripts github repository contains a number of bootstrap scripts. It’s unlikely that the software specified will suit your preferences. Feel free to use them, but note that they are subject to change at any time.

I recommend you fork the repository and write you own script. Edit the following commands to point to your script.

For the purposes of this post I’ll reference the 7590_bootstrap.ps1 script. This installs most of the Windows software I use on a regular basis. Take a moment to consider how long manually finding, downloading and installing all this software would take? 🤔

If you use ssh keys with git, now is the time to configure them in Windows. You should end up with your key(s) in an .ssh directory in your home folder.

Github have a great guide on setting up ssh keys so I won’t duplicate it here.

I tried to automate the installation using a Chocolatey package. Unfortunately it was “out of band” meaning the application was orphaned and wouldn’t auto update.

I recommend LTS versions of Ubuntu as a daily driver. LTS server versions are currently supported for 5 years, with new releases every 2 years. In practice I look to perform a fresh install no sooner than the first LTS point release. E.g. 20.04.1, this means early bugs have usually been found and fixed. At the time of writing, the latest version is 20.04.1

We can now copy ssh key(s) from Windows into Ubuntu. 7 In Windows, your keys will usually be found in a directory at c:\Users\<your-username>\.ssh. They need to be copied to Ubuntu under /home/<your-username>/.ssh. In the following commands you’ll need to substitute <your-username> and id_rsa for your specific setup.

At this point you can validate the docker install by opening Windows terminal 8 and running docker --version in both Powershell and Ubuntu.

We now get back to automation by installing and configuring Ubuntu with Ansible. Ansible is used locally from a python pipenv.

My provision-ubuntu2004-on-wsl2 github repository contains all you may need. As before, it’s unlikely that the software and configuration specified will suit your preferences. Feel free to use it, but note that it is subject to change at any time.

As before, I recommend you fork the repository, edit as needed and point the following commands to your repository.

Open Ubuntu in Windows Terminal and let’s get going.

The scripts are designed to make updating the installed software a breeze.

In Windows you have 2 options:

The best advice is, be disciplined! Always keep your repositories and scripts up to date and ready to go.

All being well, you now have a repeatable and easily maintained Windows and Linux working environment. It’s liberating to know that you can experiment, break things and get back to a working state quickly. 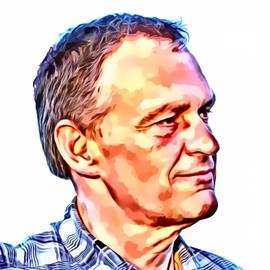 My interests include Software systems development, flow and what enables organisations and people succeed.